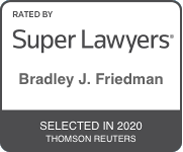 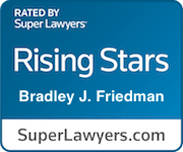 Money flows to and among individuals and businesses. This flow can be rather simple; however, it can get rather complex with multiple transfers and exchanges. Thus, when one is faced with a financial crime, one needs to develop a defense that is attentive to these complexities. Allegations of fraud, especially when it relates to a person’s business, can be extremely detrimental to one’s reputation. Thus, a timely and aggressive defense is necessary for those accused in Michigan and elsewhere.

A prosecutor in Macomb County is dealing with such a situation. According to reports, he was accused of using money that was taken by law enforcement as his own personal slush fund. It was alleged that the prosecutor did not act alone, however. It was asserted that he, with the help of the former county treasurer and the chief of operation in his office, was able to secret away funds in accounts that were outside of normal controls.

It was further asserted that this money was then used to purchase flowers and makeup for secretaries, a security system for the prosecutor’s private residence, catering for parties, campaign expenditures and other expenses. The prosecutor was charged with five counts of embezzlement as well as five other counts related to the described scheme.

A 2016 countywide audit supposedly uncovered these illicit accounts. This resulted in the prosecutor closing the accounts and handing a check over to the county; however, he did not produce any statements that would evidence the spending from these accounts. A subsequent police investigation then revealed the spending that occurred, resulting in the current charges.

Facing embezzlement, fraud or any financial crime can be a very emotional and complex time. Thus, it is important to not only inform yourself of the charges you face but also your defense options. This could help you avoid harsh criminal consequences by reducing or even dismissing the charges against you.

Very professional. Was able to assist me during a very short timeline and definitely helped with a positive outcome. Thank you so much. I'm so glad to have your help and expertise in my matter.

Miko T. “Was able to assist me during a very short timeline."

Bradley is great, no BS, he told it like it was, let me know what I was up against and explained everything clearly. We communicated regularly, he's honest and fair. Helped me get my license back. Thank you, Bradley!

Brad was incredibly helpful throughout the entire process I had to go through. Any questions I had were answered and I felt very comfortable having him by my side. I am very pleased with the way everything turned out and…

Katelyn S. - “Brad was incredibly helpful throughout the entire process."

Very professional and made the process very easy and convenient. Would definitely recommend.

Adam A. - “Very professional and made the process very easy."

I was referred to Bradley's services back in July 2022. He returned my call immediately and discussed a plan of action regarding my legal problems. I talked with him on the phone several times and he sent me several letters…

Recco R. - “He played his hand correctly and used the law to his advantage and to my advantage."

He is very accessible and responds almost immediately. He made me feel at ease and confident and later achieved a favorable outcome for my case. I would definitely recommend him to friends and family.

Gerard F. - “He is very accessible and responds almost immediately.

Get A FREE
Consultation Today!

Attorney Advertising. This information is designed for general information only. The information presented should not be construed to be formal legal advice nor the formation of a lawyer/client relationship. Past results and testimonials are not a guarantee, warranty, or prediction of the outcome of your case, and should not be construed as such. Past results cannot guarantee future performance. Any result in a single case is not meant to create an expectation of similar results in future matters because each case involves many different factors, therefore, results will differ on a case-by-case basis. By providing certain contact information herein, you are expressly authorizing the recipient of this message to contact you via the methods of communication provided.

TAP HERE TO CALL
We Will Fight For You.